Incidents can happen even in safe workplaces, because human behavior is unpredictable. That was certainly the case when a warehouse employee of the Suwanee, Georgia, location of Embraco North America (ENA), a sales, R&D, and distribution center for Embraco—a world leader in the manufacture of refrigeration compressors—was unlucky enough to be involved in a frightening situation. “We had an employee who was wrapping a pallet.

This is not her normal area of work, but she was helping out because we were behind that day. As she started to wrap the pallet, using the wrapping machine, she got too close and the machine actually bumped her leg and knocked her backward,” explains Terrence Burks, warehouse supervisor. “She fell because her foot became lodged under the machine which was going around in a circle—very slowly but still moving around and taking her with it.”

“I re-learned the fact that every one of us can find it easier to overlook the behavioral solutions. The only way I can see to prevent this human tendency is that we work together as a team.” —Bob Foxworthy

Fortunately, the employee’s coworkers were able to turn off the machine before she was injured, but they realized the outcome could have been much worse. After the near-miss incident, several people including Bob Foxworthy, QSE consultant, immediately got together to analyze the situation. The Embraco Suwanee facility has been successfully applying behavior-based safety since June 2011, the first of the company’s six global locations to do so. Foxworthy admits he caught himself—a seasoned behavioral safety professional—falling into a familiar pitfall that day. “Four or five of us went out on the floor to look at the machine where the close call occurred,” he says. “All of us were willing to jump to a conclusion about the solution to the problem. We were considering making modifications to the machine and coming up with some condition changes.”

A Safety Steering Committee meeting was called for the following day to discuss the event. During that meeting, Gilson Horstmann, BBS facilitator, made a suggestion. Shouldn’t the safety committee members meet with the employees, observe their behavior when using the machine, possibly videotape employees using the machine, and then analyze the video for any potentially unsafe behaviors? “Gilson also suggested that we interview the operators to find out if there are any special safety tips that they know of and then systematically and thoughtfully create options for a solution which includes behavioral changes,” says Foxworthy. “I quickly realized we had all focused only on condition changes. The aspect of this that startled me is that I talk about identifying the behavioral root causes nearly every day of my life and I fell into that trap of looking for the condition fix first. I re-learned the fact that every one of us can find it easier to overlook the behavioral solutions. The only way I can see to prevent this human tendency is that we work together as a team. This is what happened at ENA. A thorough analysis process also takes into account the behavioral aspects of the work and it may cost nothing because there could be a simple behavioral solution.” 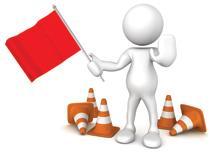 “The BBS committee admitted later that they kind of jumped the gun on the solution,” says Burks. “What we now know is that training is probably the most important factor in this case.” Although Embraco strives diligently to ensure that all employees are trained, Burks soon realized that the employee involved in the incident had not been properly trained on the use of this machine. Consequently, he and his staff came up with a simple, but effective solution that is now warehouse policy. Burks explains: “If you’ve not been trained on a piece of equipment, you should raise your hand up and say, ‘Hold on. Red flag! No one trained me how to do this. I don’t know if I should be doing this.’” Burks acknowledges that sometimes employees may not want to point out what may be considered a skill deficiency, so the communication is now clear. “We went to each employee and explained to them that training is a must. We told them that we know you are asked to do a lot of things because this is a fast-paced environment, but if you’ve not been trained, then don’t do it. Raise your hand and say, ‘I’ve not been trained.’ It has to be one of those situations where the operator realizes that there will be no penalty and there will be no repercussions for saying, ‘Hey, I don’t know how to do that.’"

“When it comes to business, sometimes people don’t think about such things, so verifying that an employee has been trained is a behavior that I think should be required.” —Terrence Burks

Burks and his staff are also adding vigilance to their own behaviors, meaning that they are to verify an employee’s experience and training regarding any warehouse equipment before asking them to use it. “When it comes to business, sometimes people don’t think about such things, so verifying that an employee has been trained is a behavior that I think should be required,” says Burks.

Of course, Burks and the Steering Committee members aren’t saying that unsafe conditions should not also be considered. They continue to discuss further intervention to prevent any future incidents with the pallet-wrapping equipment. However, this first and simple change has everyone breathing easier, communicating, and in so doing, creating an even safer workplace. “I’m all for being safer,” Burks remarks. “But I’ve actually worked around these machines for 12 years now and I’ve never seen an injury from one. That lets me know that this could be resolved much better with behavioral training rather than with only mechanical solutions.”