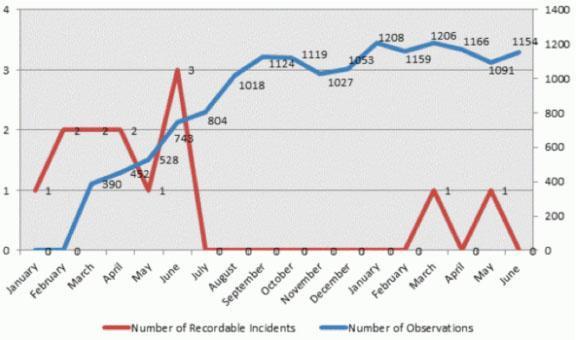 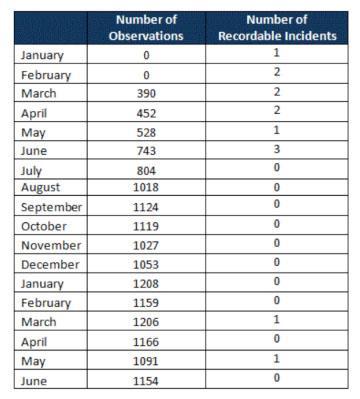 An upsurge in incidents in 2009 caused TEP to research additional ways to improve its strong commitment to a safe workplace. Their search brought them to QSE’s Values-Based Safety, enthusiastically embraced by a pilot group of 400 employees in its transmission/distribution group. That group’s impressive record after implementing the process included 8,438 peer-to-peer conversations about safety, which led to the removal of 31 barriers to safety and a record low incident rate.

At TEP, as behavioral safety observations and feedback increased, the number of recordable incidents dramatically decreased.

“As of June 2011, TEP experienced only two customer-caused incidents in 12 months—unheard of for them! Their success has brought incredible interest from the other Unisource divisions. We will start BBS with the Springerville Generating Station (SGS) contract staff in August, and in January, the SGS operators. The corporate warehouse in Tucson will also probably be included this year.”

Congratulations and continued safety to the hardworking people at TEP!