In August 2001, Stewart & Stevenson assembled a new management team for its newly formed Power Generation Division. This division manufactures power generation equipment in a downtown Houston facility. The 97-year old site, shared with two other divisions and with approximately 300 employees, was a former corporate President's Award winner for safety excellence but had lost its leading position in the company. OSHA Recordable and Lost Time Incident rates were 7.5 and 4.3 in 2000 as compared with industry averages of 5.9 and 2.3. 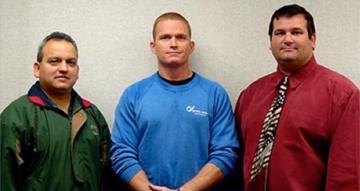 The new Director of Operations, Todd Travis, was interested in a systematic and comprehensive approach to improving safety and considered an employee-based observation and feedback approach typical of most behavioral safety processes. There was corporate support for such a typical employee-based behavioral safety process. However, Quality Safety Edge' cultural assessment revealed the necessity for building management credibility before asking employees to increase their responsibility for safety. Quality Safety Edge recommended some visible actions to demonstrate commitment. Todd immediately hired a qualified EHS professional, Lonnie Pena, and began walk-throughs of the entire facility daily, stopping to discuss safety with employees.

Once designed and kicked off, the success of the new System depended on the cooperation of the front line supervisors and mid-level managers. Bill Hise was one of those front line supervisors who stepped up to the plate and began immediately and consistently to use the tools provided by the Safety Leadership System to improve safety in his fabrication area. Bill conducts weekly a walk through and has discussions with his employees and has identified and removed many significant barriers to safety performance.

To recognize these three Safety Champions, they were invited to present their Safety Leadership System and its results at the 2001 Behavioral Safety Now conference in Houston in October. They have since received several requests for more information on this innovative way to use behavior analysis to move a company along the readiness continuum for employee-based efforts. Not only have their efforts paid off in rebuilding management credibility but they have also achieved amazing reductions in injury frequency and severity. The 2001 Third Quarter Recordable incident rate is 2.3 and Lost Time rate is 0.0.