Allen White, Safety Director for SMI Steel - South Carolina is the latest QSE Safety Champion. As Director of Safety at the South Carolina plant for nearly 8 years, Allen spearheaded the development and implementation of an employee observation process called “ORO” or “Others Reminding Others”. In 1997, SMI's committed management was concerned about elevated incident rates and solicited ideas from employees on new ways to address safety. Based on a suggestion by the wife of an employee, ORO was created and built on the notion that “silence is consent.” ORO emphasized employees looking out for one another and reminding each other on a daily basis about the importance of safety. Employees wrote ORO cards if they observed notable safe or unsafe work practices or conditions. Management reviewed the cards and planned improvements based on them. In 2000, Allen established an Employee Safety Council to further broaden the role of employees in safety. The Council receives formal training in CPR and First Aid, plus First Responder, AED, and EMT training. The Council is also involved in accident investigations and peer reviews. 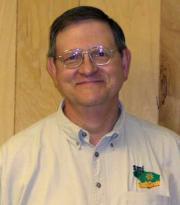 From the start of ORO until 2002, incident rates dropped from 18 to 3.26. The problem now was they had reached a plateau and needed something to enable them to get to more critical issues and shift the emphasis from negatives to a more positive approach. With strong support from above, Allen studied the key offerings of various behavior-based safety companies and selected QSE's Values-Based Safety® (VBS) to aid them in enhancing their existing process. Working with Dr. Judy Stowe, the QSE Project Manager, an employee/management design team put together a plan to retain the best features of ORO and VBS. The “ORO Enhanced Safety Process” was launched in August 2002 with a new emphasis on positive peer feedback and the creation of a more in-depth observation checklist.

In 2002, SMI Steel-SC achieved an OSHA recordable injury rate of 1.9 per 200,000 hours, cutting the old rate by 50%, and in October hit One Million Man-Hours without an LTA. SMI-SC is now ranked #1 in safety among all steel mills in the country. To quote Allen, “Values-Based Safety™ helped us advance our Safety Culture. You can talk about a Safety Culture but until you see people doing it, you don't have it. With VBS we have it!”

Steering Team Members describe Allen White as a pretty special Safety Champion and totally deserving of this honor. Some of them commented that he “…empowers people to want to make a difference,” “He is a great leader and teacher… an inspiration for us all!,” and “Safety is his passion and he has changed my life because of it.”

Allen White didn't come into the safety arena the easy way. He started out in Business Administration but when he joined Shell Oil, his role was redefined. He learned EMT skills and trained personnel for Rescue Squads in Tennessee and Virginia. Soon he was developing the skills and then conducting training in other areas of safety such as Industrial Hygiene and Respiratory Protection. Taking additional coursework in OSHA regulations, Allen took on the responsibility of addressing Shell's audit issues across 6 states from Virginia to California. In his current role at SMI Steel-SC, Allen puts in 50-60 hours/week, is active in the Steel Manufacturers Association and is currently a panelist at the upcoming National conference on New Safety Programs. In addition, Allen was recently honored with nomination to the American Iron and Steel Engineers Safety & Health Subcommittee. With this enthusiasm for safety, it is no wonder that Allen has expanded his expertise into Behavior-Based Safety! Described as “…always willing to go the extra mile,” it is easy to see why Allen is so deserving of this recognition!