A thriving factory with 2200 employees (approximately 1900 of those employees on the production floor) manufacturing high-quality products for customers around the world—this is the Embraco Slovakia plant. Embraco Slovakia is a subsidiary of Embraco—one of the largest worldwide producers of compressors and condensing units for refrigeration. In 2011 this facility in the small town of Spisska’ Nova’ Ves produced an estimated 4 million compressors, including a specialty line exclusively made at this location.

With thousands of people, busy production and assembly lines, and massive machinery, what could possibly go wrong? This is an arena full of potential for accidents and injury, but for the fact that management is addressing risk through behavior-based safety (BBS).

In October of 2010, Dr. Grainne Matthews, vice president Europe, Quality Safety Edge, spent several weeks at the plant, assessing its safety needs. She discovered the plant had environmental as well as behavioral issues that were causing a number of injuries, particularly to fingers and hands. “There was need for a lot of improvement and BBS has made that happen,” says Matthews. “It’s really impressive how many things they’ve done since they implemented the process.” In early 2011, Matthews guided the staff as they assembled a BBS design team and completed steering committee, leadership, and observer training. She also certified a person as a BBS Trainer to train others to participate as observers. The official BBS rollout began in spring of 2011.

Despite the fact that over a hundred observers were trained, primarily from the managerial and supervisory pool, the plant struggled with its goal of every production operator receiving feedback at least once per week. And no wonder, considering the large number of employees on the line. Throughout this time, Renata Regesova, EHS coordinator, sought a solution to the feedback problem while identifying and addressing the environmental issues at the plant. “We opened actions for 782 concerns and by the end of 2011 we addressed 667 of them,” says Regesova. “Of course, we improved our environmental safety issues, and many of them were found during safety observations. Although most of the actions involved environment rather than behavior, as time passes, step by step people are changing their mindset and recognizing that safety is mostly about behavior.” 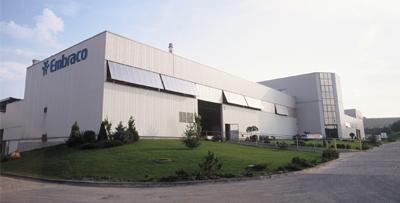 Regesova’s approach to a seemingly overwhelming task is to address each barrier to BBS implementation head-on. With a small, but dedicated staff of six people, she’s brought the plant to the next stage. For this and many reasons, Matthews sees Regesova as a true BBS safety champion. “She always focuses on improving the process at the plant and attends to the details,” says Matthews. “She has constant positive enthusiasm for finding and meeting all the challenges. She’s always about ‘how do we solve the problem?’”

In the next few months, Regesova faces quite the challenge. In a recent meeting she and Matthews came to an agreement—the operators are not receiving enough feedback. “We know that the operators are the ones who need to do the observations because they’re the ones who need to improve their safe behavior. They’re the ones who are getting hurt,” explains Matthews. “So we sat down and came up with a plan for how we’re going to involve all of the operators. We’re calling it Phase Two.” Since the production and assembly lines can’t be stopped, Phase Two will involve hiring operators to substitute to keep the lines operating, while other operators conduct observations. All of Regesova’s staff will be certified as trainers. From there they begin the job of teaching every operator how to conduct BBS observations. Why is it so important for every operator to do observations?

“It is important for every operator because they will know that somebody has an interest for their safety and also they can give others feedback. As the operators see changes and improvements and as they observe and give feedback on what is good and is not good, they will change their own behaviors,” says Regesova. She sees the challenge as a positive for the plant, and therefore, she will see it through just as she, her team, and the current observers did when they first began giving feedback. “It was not only a big change here to give positive feedback but a change to receive it,” she admits. “When we started observations some people had doubts. They were worried that we were checking on them and that later there would be bad consequences. Sometimes it was difficult to speak to people. They would say, ‘I don’t have time now.’ Then I would point out something safe that they were doing and they were happy and immediately had time for the observation.” 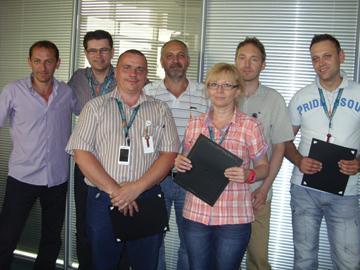 A “step-by-step approach,” as Regesova states, has resulted in steady progress throughout the plant. “We analyze even the smallest accident,” she explains. “We then prepare actions for improvements that address why this accident happened. I think all of these activities are proactive and will eliminate accidents so that we stay safe.”

Matthews is confident, that with their commitment to safety, Regesova and her team will achieve the goal with every employee at the plant regularly conducting observations and regularly receiving feedback on their own safe behaviors, resulting in a safer workplace. “She has worked with us extremely patiently from the beginning to figure out what is needed and best for the facility. She’s very detail oriented and so is her team. They work hard to do things right,” says Matthews. “I think of her as a champion because she is the one who constantly looks to the next step and asks, ‘What could make our process even better?’”

The next step for Regesova is in the works, as she and her team set out to train the thousands of workers at Embraco Slovakia. For her the payoff is clear as she states: “This will be a really big job for us, but I think that it will help many people. Many of the operators are speaking more about safety and about safe behavior. We want BBS to become a routine. People are already changing their behavior and it is a completely different situation here this year than it was a year ago before we started BBS.”