“The almost immediate improvement was unbelievable,” said Rixio Medina, manager of safety and industrial hygiene for the CITGO Lake Charles Manufacturing Complex. “Nor only has our safety record improved, but we see an overall better working environment for our employees.”

For years CITGO had employed a traditional safety program consisting of safety meetings, training, awards, audits and the usual safety practices and procedures.

“In the last four or five years we had seen a significant improvement of our overall safety performance measured by the OSHA incident rate and the lost-work-day incident rate,” Medina went on.

“The traditional programs were working, because each year we saw significant improvement. Our record was among the best for refineries in the National Petroleum Refiners Association.

“However, we weren’t entirely satisfied. Over the last three years, we had reached a plateau with the old program. We weren’t showing any improvement and had a consistent incident rate of about 1.5.”

CITGO began searching for another safety process; ideally one that could be conjoined with continuous improvement or quality management. The company also wanted a process in which it could actively involve everyone at the complex at every level from hourly wage earners to top management positions.

“We came up with the Behavioral Safety Process, which is a name known throughout industry,” Medina said. “This process has been utilized for the last 10 years by companies seeking continuous improvement.”

Once the behavioral safety process had been decided upon, CITGO engaged the services of Quality Safety Edge, a Houston-based consulting firm, to assist in implementing the new program.

“We used them to develop a plan for this process. They helped us tailor the program to our facility,” Medina said.

“Quality Safety Edge came in, did an assessment of our site, talked to our employees, and trained a pilot design team.”

Dubbing its process the Values-Based Safety® Process, CITGO employees held brainstorming sessions during which they identified the core values of the process, which include:

“This process is very simple and incorporates all of the elements we were looking for,” Medina said.

‘First, we have formal observations and feedback to our employees. Second, it’s an employee-driven improvement process, which was one of our main criteria. Third, it involves all levels of our organization, from top management to the hourly employees. Fourth, it encourages team celebrations in recognition of achievements.” After the design team had been trained and values had been established, a check list of safe behaviors CITGO wanted to observe in the workplace was developed. Following that, employees in the work area were issued an overview of the process and what it entailed.

To ensure obtaining the most honest observations possible, the policy statement offered a number of assurances to CITGO employees. These assurances were intended to lessen employees’ anxiety and to reduce fear of or resistance to open participation. Included among the assurances were:

“The reason behind the success here is that once the observations are done the employees immediately receive feedback. The teams have specific information about their safety practices,” Medina said. “They don’t have to rely on information from the plant or a third party, but they have immediate access to what specifically happens in each of their areas.” 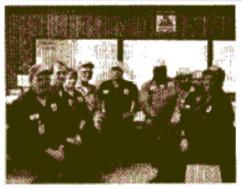 Medina cited one particular success story with the new process. One of CITGO’s coker areas had five OSHA recordable cases in 1993, four of which resulted in lost-work-day incidents. Based on that record, it was determined that one of the coker units would be the pilot area for the new safety process.

As a result of the new process, the subject coker unit had only one OSHA recordable incident in 1994, and has since remained OSHA incident free for 14 months.

“We believe the Values-Based Safety® Process not only helped us achieve this level of performance, but that it was also responsible for improving employee productivity, interpersonal relationships, and bringing about an overall improved work environment,” he said.

Under the new process, an employee armed with a specific checklist spends 10-20 minutes observing an employee or group of employees performing a task. He or she will try to identify safe behaviors and areas which can improved. 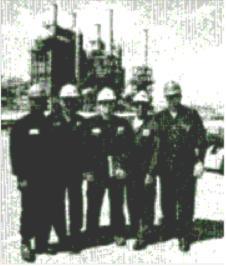 After completing the observation, the employee will provide feedback to the employees that were observed, highlighting good behavior and suggesting any ideas to further improve the safety of that task. The employee will return to his control room and record his observations, indicating the overall safety observation on a percentage basis. If he has identified any area of concern, such as body positioning, improper usage of tools, etc., he will record the suggestion, which will then be used in the next safety meeting or to establish goals or targets for future activities.

During the observation, the employee will also to identify any action that could be interpreted as model behavior, so that the names of the employees involved may be submitted for awards or recognition.

“By increasing the number of these observations we perform, everyone will be involved in the process of observing work being done, which will help them develop a caring attitude among our employees. Everyone will look after everyone else,” Medina said.

“As a safety professional myself, I see this as a brand new field, trying to improve behavior with an ultimate goal of creating a safe culture”

Medina said that ClTGO’s OSHA incident rate over the last two years has been reduced by more than 30 percent, as compared to the last three years’ average. For example, the company’s OSHA rate has dropped from 4.0 in 1990 to 1.4 in 1994.

At first we had a couple of people who felt it was not going to work. Even me, being a member of the team, I felt so negative about it at first. After the first meeting however, I came back and told my co-workers how good it was and how It was going to help us. If the company thought that much about us, then we should think enough about ourselves and our families to be safe. —HAROLD PORTER, Welder, Member Star Team, CITGO Lake Charles Manufacturing Complex

I have been associated with refining facilities all across the country and I’ve never encountered a workforce as committed to excellence and continuous improvement as the people here at CITGO Lake Charles. That commitment is particularly evident in their outstanding safety record. The ongoing employee-driven safety program in place have already made the facility one of the safest in the industry. But because our employees are never satisfied with the status quo, they have found yet another tool for making the workplace safer – a Values-Based Safety® Process. Even at this early stage of implementation the results are impressive. — FRED FOSTER, Vice President, CITGO Lake Charles Manufacturing Complex

The impact l feel the Values-Based Safety® Process has on the Central Maintenance Department is unique in that it has provided an avenue for the hourly employees to determine their own safely destiny. This in turn has allowed management the opportunity to support the employees instead of pushing the employees. It has also migrated into the quality and productivity areas of our business, where the hourly employees are doing an excellent job of developing and implementing decisions in maintaining the refinery. —DOYLE DOMMERT, Manager Central Maintenance, CITGO Lake Charles Manufacturing Complex