Predictive Analytics and Human Resources: The Prospect of a Dangerous Combination

In a recent USA Today article by Rodd Wagner entitled “How Your Boss Could Be Spying On You,” Mr. Wagner provides a convincing discussion of the risk and liabilities a company faces should they decide to use statistics and computers to make decisions about their employee’s performance. It all looked so simple in the movie Moneyball; a statistician provides the coach with historical data on aspects of player performance behavior that more closely correlates with winning games than batting averages and home runs. Worked like a charm. Player on-base statistics provided a much better measure of winning than other statistics.

The analysis and prediction of human behavior has been practiced for many years and applied to many environments. Past shopping behavior has been evaluated to anticipate future product development and inventory.  Similarly, manufacturing decisions and raw material acquisition can be managed using predictive data derived from consumer purchasing behavior. There is little doubt that predictive analytics has been helpful in many aspects of improving business decisions. 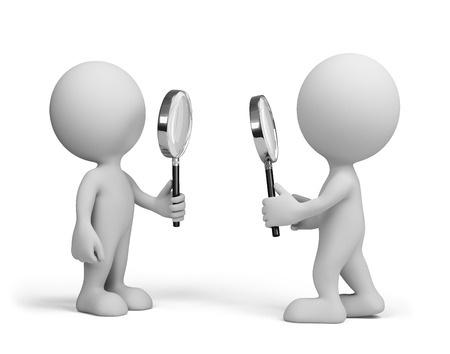 Unfortunately, like so many fashionable business tactics predictive analytics is being force-fit into functional areas where it is not only not useful, but downright dangerous – for the company and for the employee. Part of the problem is created by predictive analytics application to collecting behavioral data. Useful data is collected focusing on “empirical” events – discrete occurrences of observable, countable actions. The context of those actions did not interfere with predictive conclusions. When people walk into a supermarket, the context can be defined as the acquisition of products for consumption.

Using an analogy from the movie, Moneyball, a player either hit the ball or he didn’t; he hit a home run or he hit a single or a double; these “behavioral” events were verifiable and indisputable. The context was simple and consistent for all teams and all players and subsequently data comparisons were not corrupted by complex factors. Similarly in the retail industry someone either buys a product or they don’t - concrete evidence of a behavioral event.

Employee work behavior can be observed and counted as well. An employee either comes to work or she does not; she hands in a report on time or she does not. An employee either puts on his protective equipment or he does not. All of these behaviors can be observed and counted. The application of predictive analytics to performance evaluation, career development, bonuses, raises, and promotions is more hazardous.  It places the organization at risk for litigation and endangers the benefits of employee engagement.  Interpersonal dynamics, individual agendas, objectives, values, personalities, emotionality, and affiliation create a complex environment for collecting discrete data points.

Mr. Wagner refers to the profiling of an employee using the “Big Five” personality traits – openness, conscientiousness, extroversion, agreeableness, and neuroticism – and points out that they can be derived from Facebook posts and the things someone writes online. The machine coding of various words and phrases would be indicative of the degrees of presence or absence of the above traits.  In addition, data collection systems using information extracted from job performance could serve as measures of the same traits.

It is at this point that the predictive analytics approach breaks down and subjects the company to a variety of litigious risks. Traits are not behaviors; the descriptive word “agreeableness” is a subjectively derived description of a collection of behaviors observed and sifted through the perspective and biases of someone observing the person.  If you asked several different people to describe agreeableness, you would come up with widely varying descriptions. Performance evaluations are already one of the most hated experiences the average employee must endure, and one reason is because they are populated by the liberal use of subjective performance descriptors like this. Adding this level of subjectivity creates the opportunity for allegations against the evaluator that are too numerous to review.

The conclusion of this message is that the new attention to hard data analysis is warranted. The use of historical data and statistical analysis is rational and logical to project future outcomes. It works. Attempting to attach hard numbers to subjective states and complex cognitive and emotional dynamics is problematic at best and extremely risky for the most part. Until the average human resources professional understands how to provide empirical criterial for subjective descriptions like “agreeableness,” (described in behavioral psychology as operationally defining the behavior) the risk of creating discord between themselves and employees when performance evaluations are performed is high.