The Root Cause of Human Behavior 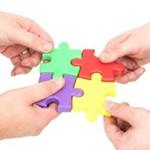 I apologize for taking so long to post this blog. A rogue spam robot identified this blog as a potential spam blog, and the folks at Blogger had me blocked for 20+ days while they personally inspected the blog. I would label this experience as a window into the dark side of technology--a side most of us will see sometime in the future.

Secondly, I hyperlinked the terms isomorphic, homologous, Applied Behaviour Analysis, Lean principles, and Six Sigma but the blog will not hold the links. So, you will have to Google the terms that are new for you. 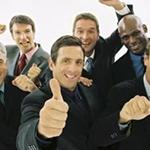 Questions about how to positively reinforce someone (usually a question about what to say) and what to reinforce (what behavior should you reinforce) are frequently Googled.We arrive at our confusion by honest means—being reared in societies that have only recently evolved toward humanism; societies in which the model for management, parenting, and governing has been punitive; “spare the rod and spoil the child.”We tend to focus on the negative; on what is wrong—what’s been done improperly.Human history is one of grudging sparseness toward human accomplishment, manifesting a laconic reticence about commenting on the positive things others have done.

In the 1953 movie, Hobson’s Choice, Charles Laughton plays Henry Hobson, the overbearing and autocratic owner of a bootmaker’s shop in 19th century Lancashire. In one scene, Mr. Hobson castigates one of his best customers (in her absence, of course) because she told the man who made her boots (“the finest I [sic] have ever put on my feet") how well he had done.After she leaves, the enraged Mr. Hobson erupts to say, “Doesn’t she know better than to praise a workman to his face.”

What the (Bleep) do I know About Positive Reinforcement? 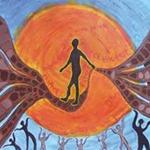 I have implemented positive reinforcement systematically at more business sites than any practicing OBM consultant.What relevance does that have for this blog, my comments about the best way to positively reinforce an employee—what works or does not work in Organizational Behavior Management (OBM)?It means I’ve made more mistakes than you can ever make and I may have learned something from them.

Behavior change—that was my objective. I walked into over 100 separate business sites over a 35 year period and baselined their key performance variables; quantity, quality, timeliness, waste, efficiency—I took a snapshot of their business scorecard because my job was to get all those numbers up. I was being paid by the plant manager or corporate leadership to reduce turnover and absenteeism and at the same time get all the performance numbers up—significantly!

The Case for Participative Positive Reinforcement 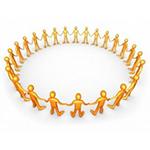 In the last 30 years, I’ve implemented performance improvement initiatives in a wide variety of business environments. My objective has been to train leadership, managers, and supervisors to apply behavioral technology—behavior change strategies derived from 70 years of scientific research on human behavior. Prior to implementing behavioral technology in business and industry, I had worked in a mental hospital for several years using behavioral principles to help patients decrease the frequency of problem behaviors (behaviors that were seen by the public as “crazy,” inappropriate or destructive) and increase the frequency of productive behaviors (behaviors that allowed them to socialize appropriately, hold down a job and function at home and in their community.)