How to Recognize Real Recognition

For the last three decades, employee surveys have repeatedly pointed to recognition as being one of the critical ingredients in employee satisfaction, morale, motivation, and retention.

Rewards and recognition practices--positive management, has reached an iconic status as the preferred means of motivating human performance. In light of the time and resources dedicated to these methods, it seems appropriate to examine the effects of positive systems and processes with the same lens we apply to other organizational systems. If they have a positive effect on employee engagement and discretionary effort, then the ROI will be validated and the investment of organizational resources they receive will be substantiated.

Why Your Attempts to Positively Reinforce Your Employees are Failing 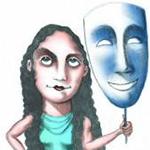 If you read the available management literature, you soon run into a mandate that is seldom questioned: Praise your employees often; give them a “thank you” when they do a good job; recognize their efforts; use verbal positive reinforcement for value added behavior. Supervisors and managers are told unequivocally, that this is the best way to increase performance, enhance supervisory-employee relations, create employee engagement, and increase retention—to name a few.

Why then do climate surveys and 360° surveys consistently uncover contradictory evidence? Why do surveyed employees working in companies with formal and informal recognition systems feel they are not being “recognized” for their efforts? Survey data is inconsistent, but results (by reputable sources) report “78% of the employees surveyed said they had not been recognized by their supervisor for their work,” and “52% or the turnover in business and industry is related to supervisory-employee discord,” (irrespective of what exit interviews say.) 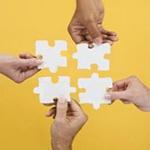 I’ve implemented about 75 OBM projects over the years, and I did it differently each time—but the same model formed the core process.

Since 1971, I’ve tried to transfer behavior management skills to supervisors, managers and leaders.Like my OBM practitioner colleagues, I attempted to impart principles and encourage managers to apply those principles to manage employee behavior.

I think I went about it the wrong way—it had nothing to do with the intelligence of the managers and supervisors I attempted to train.Granted, many were jaded by the many “motivational” programs their management had purchased and tried--programs that had failed for lack of support…or commitment…or because the methods were just too nonsensical to garner their respect.