Incentivization of performance outcomes has been around for a long time. In the field of safety, it has proven to be problematic in some cases and disastrous in others. Gaming the safety data is associated with incentives, particularly financial incentives.  Often referred to as “pencil whipping,” early behavior based safety (BBS) processes were crippled by unreliable data. In that sense, the financial incentives contribute to unethical behavior.  Often the seductive nature of large dollar rewards has motivated employees to do much worse than this.

When dollars were associated with the number of behavioral observations or with decreases in Recordable Injuries, the data was often proven to be inaccurate. One of the key principles developed from 70 years of scientific research into the cause of human behavior states that our behavior is driven by its consequences – that is when we do something, we focus on whether it works for us or not. If we turn the knob on the door, does the door open – a consequence related to our intention, the reason we performed the behavior. 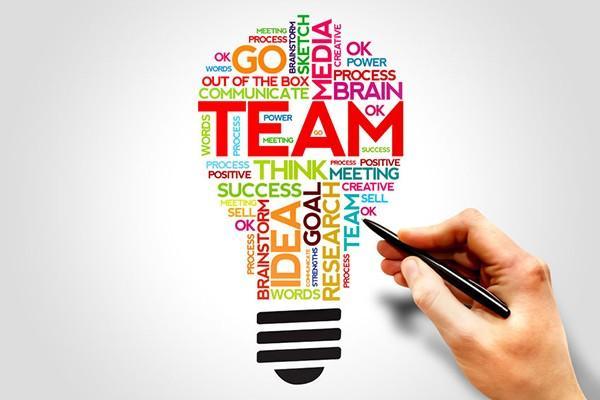 The consequences for “hard work” (if you do a behavioral map of what constitutes hard work, you find many behaviors that produce the description that phrase represents) are not immediate. “Hard work” leads to bonuses, raises, promotion, good performance evaluations, advanced training opportunities, and many other opportunities for development and career advancement. All of these outcomes are a form of “incentive”; positive outcomes that cause employees to apply themselves and exhibit more effort. These consequences are valued for the individual because they feed into one’s sense of worth and competence – often referred to as “self-efficacy” in psychology. In that sense, you could describe these incentives as “noble” consequences. They feed the individuals personal sense of value. They are valued by our society and approved as being representative of a strong work ethic.

Financial incentives have a proven record in the sales industry. Salesmen attribute their personal sense of value to the numbers – the sales figures and goals they are attempting to meet. They feel that financial rewards are justified because they know how sales figures into profitability. Personal worth is measured by sales, bonuses, and awards. As organizations have attempted to generalize financial incentives to heavy industry, manufacturing, and non-sales related jobs, issues have arisen – issues very negative for the organization and for the employee.

In non-sales related jobs, the job tasks and their outcomes are valued by the individual. Many employees perceive their personal worth, competence, and value as corresponding to how well they do their jobs. When a financial incentive system is implemented for the work, it changes the way they see the work and themselves. When at one time they valued their efforts because it contributed to a culture in which their coworker and management were working together to achieve a purpose, the financial incentive changes their perception of what they are doing and why.

Financial incentives cast the shadow of impersonal opportunism over the work. The perception that the work has value and is inherently worth doing is diminished. Now one is doing ones job for the money. The opportunity to earn incentive dollars often does not bring out the best in us.  One’s perception of personal value is eroded and sometimes the enticement to change numbers, cut corners, and otherwise game the system is seductive.

When I worked at a hospital, the hospital administrator hired an incentive company to “increase motivation and improve performance.” The incentive system they provided offered points for increases in specific numbers related to patient care and many other related variables. The points could be used to buy things out of a catalog that had some pretty big ticket items in it.  I sat at a meeting where this was presented to the nursing staff; they rebelled immediately – as a group. Their outrage was unanimous: One nurse said, “I became a nurse because I wanted to help people. Every day I do the best I can to achieve that end. I find it offensive that you are attempting to get us to perform better by offering us toasters and appliances.”  Needless to say, the hospital dropped the incentive system.

It is unfortunate that many organizations attempt to reward effort and increase performance by resorting to tangible rewards – when leader attention, recognition, and positive reinforcement is much more effective. It strengthens supervisory-employee relationships, enhances the employee’s sense of contribution and value, and as research verifies, improves performance significantly. Unfortunately, most leaders do not understand social reinforcement and don’t know how to train their supervisors in the skills required to deliver it.

Recently, I was made aware of an organization that provided leadership recognition and attention as well as a tangible reward. In this instance, the combination worked well. A large healthcare organization in the Northeast wanted to inspire their employees to higher levels of fitness.  Their wellness project required each employee that volunteered to wear a pedometer and record the number of steps they took daily. The employees were organized into teams of 10 people. Each team was competing to achieve an objective achieved by increasing the number of steps they took per day. The prize was that the winning team would get an all-expenses paid trip to Paris.

The project was very successful. Ordinarily I would have advised them to structure an incentive system that rewarded more people; a less grand award in exchange for more people winning a little something. Perhaps everyone who scored within fixed parameters would get something. The essence of incenting others is related to earning a reward that is symbolic of improvement, accomplishment, and value.  It feeds the persons sense of worth and value.  Symbolic rewards are much less risky than financial rewards. Small items to provide recognition are more important than gonzo awards. The most important thing is that if you are going to use plaques or prizes – leadership must play an active role in delivering the recognition.

In this instance, I think the most reinforcement for each participant came from the team environment – the opportunity to be part of an effort with team members. The comradery, sharing of data, and stories that were shared contributed to a sense of group cohesion and a sense of belonging to something and being committed to something greater than oneself. In this instance, the power of intangible positive reinforcement demonstrates what can be achieved without resorting to prizes or money.

This example made it clear to me that organizing observers in behavior based safety into teams would have merit. I think the structure of the teams, the roles, meeting structure, information shared – would vary by organization and culture. But, the idea of creating groups with an identity that would bond into a cohesive unit – all committed to performing safety observations and achieving a safe work environment for each other – seems to have much strength and very few risks.