Human Behavior is the Bottom Line in Organizational Change: Part 1

I have always been baffled by the word “deep” when applied to a person. I think it is used to describe someone who says cryptic and abstract things about themselves; they use words and phrases that sound authentic but they are constructed to have an effect. “Deep” people are attempting to differentiate themselves from the herd; they want to sound exotic and mystical. They want the words they use to have multiple meanings that are difficult to pin down precisely.

The phenomenon that drives the confusion around understanding ourselves and others—the mysticism that surrounds romantic descriptions of personalities—is related to the language we use to discuss and describe what ourselves and others do. Complex words are really meant to summarize the observation of multiple human behaviors that are all similar and collectively can describe those similar behaviors. For example, 10 similar behaviors describe a supervisor’s statement, “Jim is unenthusiastic about his work.”

Why? Because the supervisor has observed that Jim

1. frequently comes in late for work;
2. gets easily distracted and gets off task;
3. hands in assignments late;
4. makes numerous errors on his work;
5. avoids working on project teams;
6. arrives late for meetings;
7. does not ask questions or participate in meeting discussions;
8. never asks questions about the work;
9. does not volunteer comments or thoughts about improvement;
10. often leaves work early. 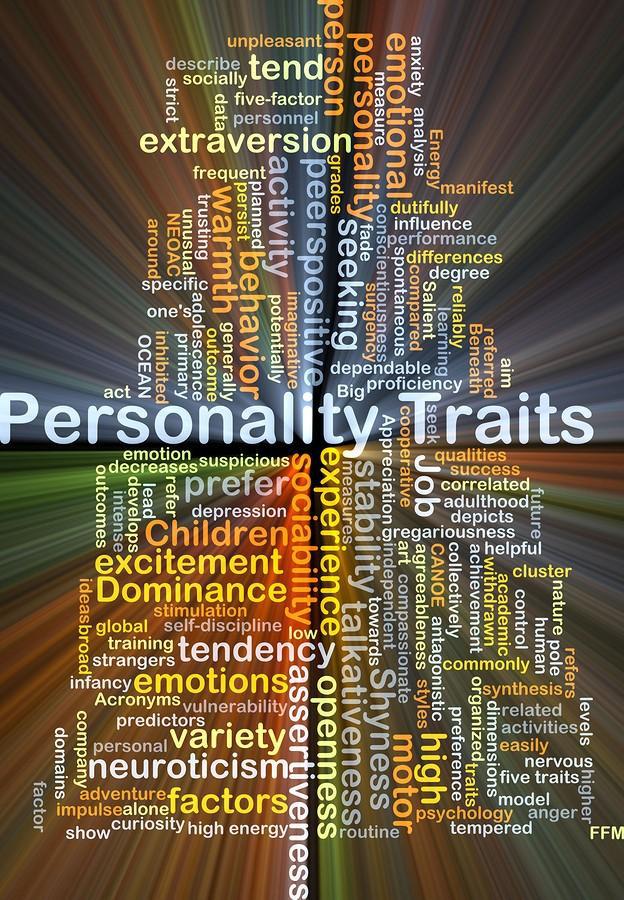 These behaviors collectively could be described as a lack of enthusiasm for his work, or low motivation, or Jim not being conscientious, or being unengaged, a poor performer, no initiative, or not career minded—and that is the problem with complex words that describe multiple behaviors. If you tell an employee that he is not conscientious, more than likely you will not see any improvement. If you give him this list of behaviors (some the absence of behaviors that should be performed) he has something concrete to work on.

Many of the words we use to talk about ourselves and others are vacuous abstractions that cannot be concretely, empirically defined. For example if you say someone is “soulful,” or someone mentions a person’s soul, they are basically saying nothing. Unless, they can answer the question, “What is it that person says or does that gives you that impression?” Unfortunately, abstract words like these are usually defined differently by each person. So if I ask you what a “soul” is you will define it differently than I do or probably anyone else.

Most of the words we use to describe others are in fact based on things we have seen them do or things we have heard them say—since we cannot see into their brains or bodies. If I say, “He really has a lot of heart,” it is not based on his anatomical characteristics but on behavior that I concluded can be summed up by the word “heart.”

The point of all this is to say that sloppy, abstract words are poor substitutes for describing a person. If we need to characterize someone else, talk about what you have seen them do or say. In your personal, internal narrative, you probably think of yourself in terms of what you have done—and placed those acts in a “good, bad, positive, negative” category. So if you are proud of yourself, you are probably thinking of the good things you have done. If you feel guilty or regretful, it probably means you are thinking of the negative things you have done.

If you want to antagonize your friends, you can play the game of asking them to define a word they use in terms of the observable behavior that defines that word. Some will be easy for them, like, “She is selfish.”  Your question is “What did she do or say that led you to that conclusion?” The answer might be “Well, when given the opportunity, she will not share with others. She makes choices that favor her and she does not consider others when making those choices. If there is one piece of pie, she will take it without asking if anyone else might want it.”

Other words are not easy to describe behaviorally. For instance if your company president says, “We need to do a better job thinking of the customer,”  you might ask, “Sir, can you tell me what I need to do so that I will get high marks on my performance appraisal for that?”  Practically speaking, you probably don’t want to ask this question because he probably doesn’t know how to break the connotations of that behavior into the specific behaviors that are required. You don’t want to embarrass the president, if only for the sake of your career.

“Think safety” is another phrase that basically mean nothing. Behavioral Safety (often referred to as Behavior Based Safety) introduced the principles of behavior into the organizational environment. It is in the infancy of its utility and its value in optimizing human performance. The old days of asking people to be “customer focused” is slowly being replaced with a list of specific behaviors that the employee needs to do that fit that description.

We are slowly moving our work cultures from a pattern of describing employees’ performance as a function of their character and personality to understanding that it is a function of their job behavior. The value in this recognition is that job behavior can be changed but describing someone’s performance as an absence of “conscientiousness” makes it sound as if he or she is unreachable by management and unchangeable.

In part 2 we will discuss the actions necessary to change human behavior—at work, at home, at school—in fact anywhere you need different behavior from others.